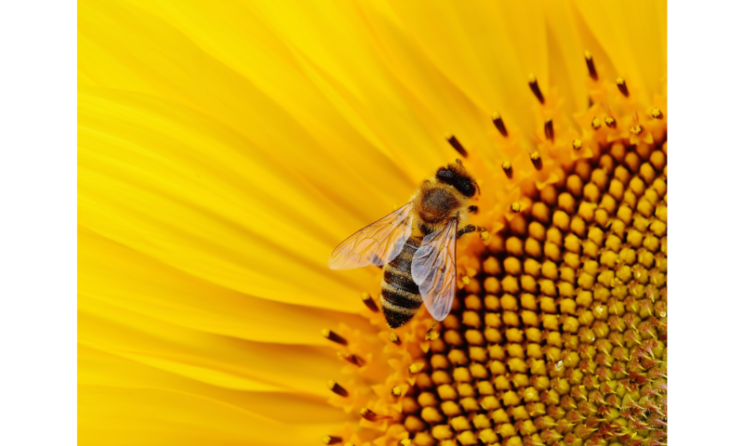 The Honeybee (friend or foe)

There is a lot of information about the Honeybee and in this article, we will provide all the facts and information, so you can learn more about this fascinating insect, and how important it is to have them in our lives, and in our gardens.  The Honeybee plays an important role in our ecosystem, and humans rely on them, probably more than we realize, but we are also in danger of losing our Honeybees. Read on to learn more about this important insect, and its role in the world.

The Honeybee, sometimes spoken as two words (Honey Bee), is an insect and therefore has 6 legs, or 3 pairs of legs. The legs are used for walking, but they also have some additional functions, like grooming, but also their legs are used for gathering and storing pollen. You may have heard the term “the bee’s knees” to describe something as very good, well it turns out that bees do actually have knees.’

There are about 8 species of Honeybee that are recognized, with over 40 subspecies, although there are about 20,000 other species of bees known. Probably the most popular bee is the Western Honeybee, which has been widely domesticated to produce honey and used for crop pollination. The only other bee that has been domesticated in this way is the Eastern Honeybee, which occurs in South Asia.

A large group of bees that live together is called a colony, and a colony can be made up of anywhere between 20,000 and 60,000 bees. The colony is made up into 3 groups, you have the queen bee (female), then you have the ‘drones’, and then there are the ‘workers’.  Each of the 3 groups mentioned has specific roles within the colony.

The queen bee also produces something called pheromones, and these special pheromones are used to communicate with the rest of the hive. A queen bee can live up to five years, though it’s probably more usual to say the queen will live between 3 and 4 years. Once the queen stops producing as many eggs and pheromones, the colony will make preparations to replace the queen with a new one.

Here is a picture of the queen bee, you can tell her instantly due to the larger size and different color than all the other bees: 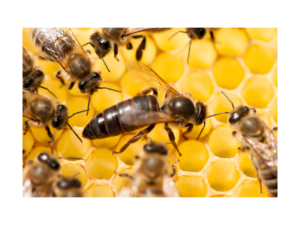 All the male bees in a hive or colony are called ‘drones’, and their job is to mate with a queen. They generally live around the hive during spring and summer but will often leave to try and find a ‘drone congregation area’ or DCA for short. Once in a DCA they will wait in the hope to mate with a queen.

Okay so the words ‘temporal polyethism is a bit technical, but what it means is basically the worker bees perform certain tasks according to their age. Beekeepers often refer to this as ‘age-related division of labor’. What that means is that as the worker bee gets older, her tasks or jobs change accordingly.

In the first few days of their life, their job is to clean the cell they were born in and they also help keep the brood warm. After that, they will feed the older larvae, then after about a week, they will move on to feed the younger larvae. After about two weeks they will then start carrying food, producing wax, and building combs.

At about 3 weeks old, they will then have the job of protecting the hive entrance, you could call it guard duty. Once they reach about 22 days old or so, they will start leaving the hive and collecting pollen and nectar. Their life is quite short, about 45 days, so they have to do a lot in a short period of time, which is why a colony is made up of thousands of bees. Also, the age-related division of labor tasks is not set in stone, sometimes workers will skip one job depending on their maturity, and some will switch tasks.

What about the honey?

Yes indeed, now we know how the honeybee works and lives, we need to tell you about the good stuff, the honey. A worker bee will live about 6 to 8 weeks, and in that short time, one worker bee can produce about 1/12th of a teaspoon of honey. So, in order to make plenty of honey, it takes thousands of workers, in fact, to make one pound of honey, more than 500 worker bees have to fly around 2 million flowers to gather enough nectar and pollen.

In a healthy colony, the hive can produce between 50 and 80lbs of honey in one year. Of course, this depends on a lot of factors, like geographical location, pests, temperature, competition, the availability of local flora, and more. Bees are busy from the time they are born to the time they die, so the saying ‘busy as a bee’ totally makes sense.

How does the honeybee impact us?

The honeybee has an enormous effect, not just in the US but globally too. In the US alone crops that are dependent on the honeybee is said to be in excess of $15 billion. In fact, it has been noted that beekeepers earn more from renting bees out for pollination than from the sales of honey.

Actually, in the United States alone, more than one-third of all crops rely on the honeybee for pollination, and that includes nuts and fruits. It’s true that other insects and birds can pollinate these plants, but only the honeybee can do it on a commercial scale. Apart from the fact that bees are used to pollinate a large percentage of our crops, the honey that they make has many health benefits and has been used for centuries.

Contrary to popular belief, we could survive without the honeybee, but it would impact us dramatically if we lost the honeybee. Some of the crops that depend on the honeybee for pollination are Brazil nuts, avocado, mangoes, kiwifruit, apples, watermelon, almonds, and many more. One fruit that almost exclusively relies on honeybees for pollination is blueberry.

Blueberries are high on the list of healthy eating, with lots of antioxidants and cancer-fighting properties, they are truly a wonder food. However, the blueberries need 3 to 4 colonies of honeybee per acre in order to pollinate. Blueberries cannot self-pollinate because they produce heavy pollen, which is sticky, so it relies on insects to reach fertilization.

Blueberries have very sweet nectar which easily attracts the honeybee because they can pick up the smell with their receptors easily. In Australia, almost 100% of insects that pollinate the blueberry is the honeybee, so you can see the impact the honeybee has on the world and humans.

Is the honeybee endangered?

The honeybee is not on the endangered list, but wild honeybee populations are falling, mainly due to pesticides and disease. There are many beekeepers, including novice beekeepers, but the honeybee still needs some attention so that we don’t lose it further down the line. There have been cases where bee populations have collapsed without any obvious reason, though there are lots of theories.

After reading this article, it’s fairly obvious that the honeybee is our friend, and we most certainly should welcome them in our garden.  You can plant plenty of various flowers and plants that will attract the honeybee, like Goldenrod, Bee Balm, Poppies, Marigold, Mint, Pansy, Peony, Snowdrops, Sunflower, Thyme, Lavender, and many more. Of course, as well as attracting the honeybees, these all smell and look beautiful, so two reasons for the price of one to plant some today.

Generally, you don’t have to worry about being stung by a honeybee, because they die once they sting. They generally only use the sting to protect the hive, so when they are out collecting pollen and nectar from your garden they will not sting you. However, if you step on one or handle it too harshly then it will sting you, so just enjoy their presence in your garden, but don’t touch it. 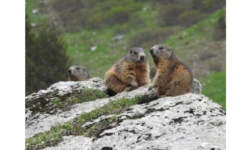 The Groundhog (friend or foe) 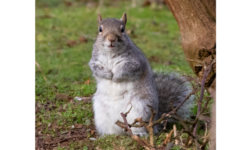